While Easter is known for being all about egg hunts and chocolate, it’s still a religious holiday and you can bet your child is going to have some questions for you.

“Christians make up one-third of the world’s population, meaning children will hear about Easter from their friends and neighbours, on television and social media,” Dr. Josephine Lombardi, theologian and professor at St. Augustine’s Seminary, tells HuffPost Canada.

But how do you explain what Easter is really all about if you’re not religious?According to parenting expert Alyson Schafer, it doesn’t have to be so complicated.

“I would explain that Easter is a celebration that came from Christianity. It marks the celebration of the day that Christians believe Jesus was resurrected,” Schafer told HuffPost Canada in an email. “Most kids don’t know that word, so you may share the story of how he was left for dead in a cave, but when they rolled away the stone that was blocking the door, he was not inside! People believe he was brought back to life and returned to heaven.”

“Every major religion and pagans have some major celebration about the return or resurrection of spring with birth and renewal as a theme,” she added. “It is also the time for Passover celebrations for the Jewish faith.”

“The best method is to tell them the truth about the origins of Easter,” she says. “Easter is the most important day in the Christian calendar. It is the main religious feast in Christianity followed by Christmas. One cannot speak of Easter without speaking about Jesus Christ.”

Even if you aren’t religious, there are benefits to teaching your kids about the true meaning of Easter. For one, it can introduce your child to the concept of death and loss.

“Just as the seasons change throughout the year, Easter is about the seasons of our lives changing, that there is hope for our future, especially after a difficult struggle,” Dr. Lombardi explains. “Easter reminds us that separation from our loved ones after they die is temporary. Easter is a reminder that there is life after death.”

Additionally, Easter can be a great opportunity to teach kids about other people’s faiths.

“Whether parents are religious or not, we have an important role in educating our children about world religions and cultural customs,” Schafer noted. “Even if we don’t believe the stories of the Bible, many still do the cultural customs as a tradition. Christmas was originally about the birth of Jesus — but many who do not believe in Jesus still have a tree and stockings and exchange gifts because it is a custom, not a religious practice. The same goes for Easter.”

So if Easter is about Jesus’ death and resurrection, then why do we have Easter eggs? According to Schafer, it’s because “eggs are a sign of birth.” 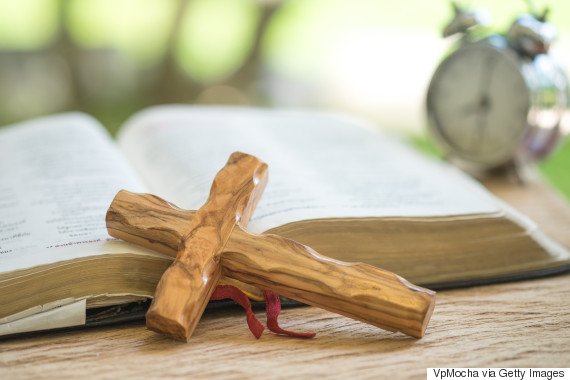 Wooden crafted cross and the holy bible of religion symbol

Living with the Rosary

In honour of the 150th Anniversary of the Icon of Our Mother of Perpetual Help, we encourage you to watch this series of reflections on the Luminous Mysteries.

The series has aired on Salt and Light TV and Vision TV.

Now, they are available for viewing on demand. 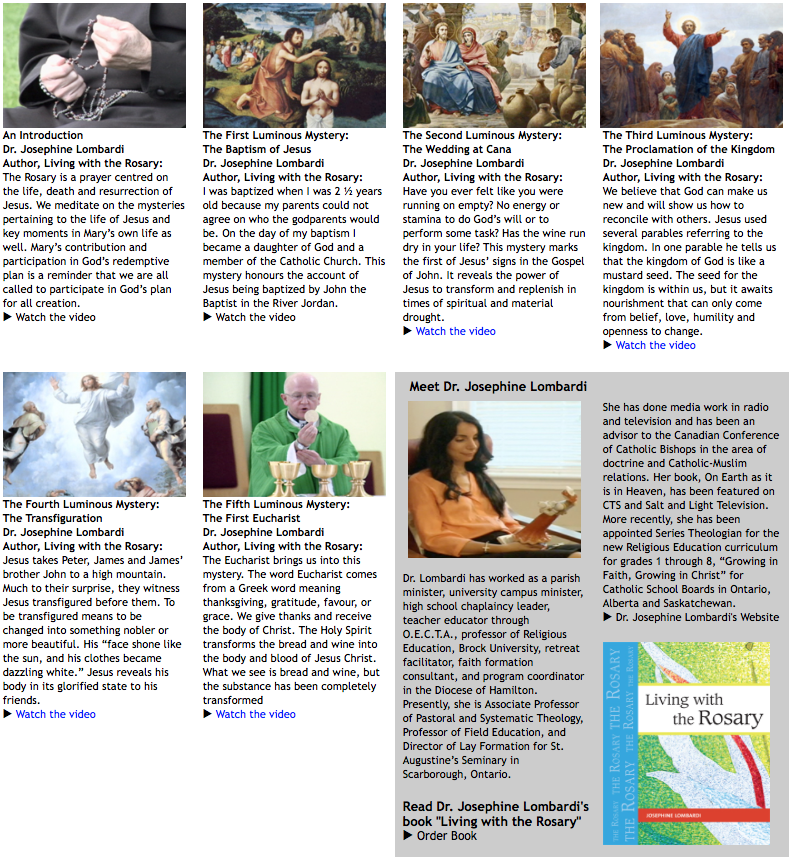